I am so way done

Peanut was the one in the hospital last week.  She had the massive infection. 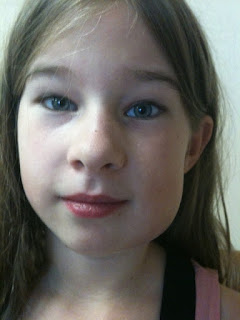 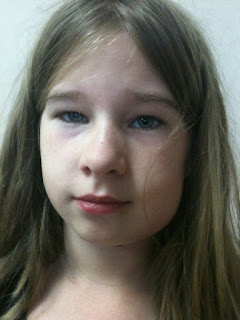 We thought that after the time in the hospital with the high powered meds in the I.V. and the mega dose the set her up with here at home that she would be on the mend.

She started complaining of her ear hurting on Saturday.  When I looked at it I saw that the ear canal was almost swollen shut and every time I touched anywhere near her ear she cried.  ugh

We kept up on the ibuprofen until today when I called the doctor/nurse to find out what we should do.  She called back and said that we would need to be seen.  Nice.  We did get to see the same doc that admitted her to the hospital last week so he knew the history.

He was surprised that she had an ear infection with all the meds she was on.  But she did/does.  Her ear is infected as well as the lymph glands around her ear.  It is so infected that she couldn't even bear the doctor looking in it.  He decided to put an ear wick into it so that we could medicated ear drops down into it.  But in order to do that he had to pull on her ear and push the wick down into a canal that was swollen and raw.

It was not pretty.  We had to hold her down while the doctor hurt her in order to make her better.  Even better.

After that we got to hold her down while they gave her a shot of antibiotics.  The nurse told us that the medicine usually hurts quite a bit so she put an anesthetic in the syringe to help with the pain.  It didn't really work. She bawled and is still crying from the pain her leg.

So now she is in her bed crying from her ear hurting and her leg feeling like it is on fire.  It has been a great day.

Next week we get to go back to our regular doctor for a follow up and to get referred to an ENT as well as have her root canal process started.  She has been pretty traumatized with all of this and is pretty done with all of it herself.

I can't blame her.  We are praying that if we can get her sinuses fixed then she will stop having so many problems.  We'll see.

Oh no - I am praying for her and for you too. How awful for you all to have to go through this!

So sorry, Renita. Prayers are with you!!!

Oh the poor girl! I feel so bad for all of you. It's so hard to see our kids and pain and then not to have it fixed? UGH! Praying it gets better fast!