I fell off the blogging wagon not very long after I started again.  sigh  I would like to get posts caught up from May until now but that will take some time.  For now, I want to post about the most major change we have had this summer.

Bug came back to live with us!  We found out on a Thursday that she might be coming, the following Saturday it was decided for sure, and the following Thursday she moved back in.  Whew!  We decided that she would need her own room this time so we set up about renovating the storage room for her.  We had to clean it out first and that took almost a week!  Needless to say there were things in there that had not seen the light of day in over 10 years.  ahem  Moving on...

The renovations went well and we had several friends come over and help us.  We couldn't have done it without their help.  Her room took a few weeks to finish but it is a great room for her and is a sanctuary already.

We let her pick out the paint color-which was a little scary!  Thankfully the paint color was tempered by the flooring and her bedding.  I think we will be adding things here and there until we are satisfied with the final outcome.  For now, it is perfect.

The other big change, as if that one wasn't enough, is the fact that we are homeschooling her.  We had originally planned to put her in school since that is what she has been doing and was doing very well with it.  BUT, when I went to enroll her I was told NO.  We don't have guardianship yet and her grandpa isn't in the right district...so no public school.  I had been having some doubts as to putting her in such a large school after her very small one but was trusting that God would work it out.  He did!

It is going pretty well so far.  We are using Time4Learning and she is really enjoying it.  We will see what happens as the year progresses. 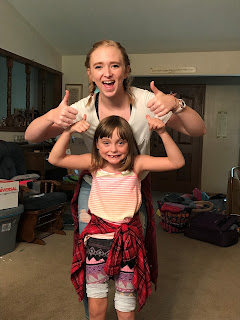 I will have to get pics up of the reno.  For now, here is Bug showing how happy she is to be back home with us.

Matthew West All In Review

I am going to introduce you to a new CD today.  In our house, we are always looking for new music to add to our library.  We are fairly particular and don't add things willy-nilly. So when I get a CD to review the entire house gets involved!

Matthew West has come out with another must have CD.  His voice is smooth and the melodies are beautiful.  I can see this being an album to have on while I am cooking, doing Bible study, cleaning, or just about anything really.  This album isn't a pump you up, get you dancing around the house kind of album; but it is an album that will bring you into the presence of The King and settle peace around you like a warm blanket. Okay, except maybe the songs 'Amen,' and 'Never Give Up' they are pretty toe-tappin'!  But I thank my favorite is Broken Things, I can't get enough of that song.

Can you tell I love it?  I actually really do.  It will go into my regular music selections and I will probably listen to it most every day. 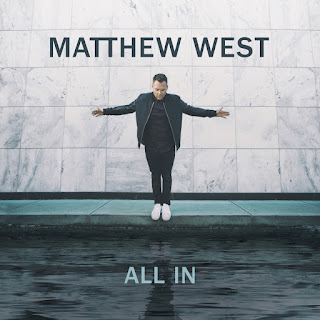 Here is a little about the album from Matthew himself.

Matthew’s heart behind the album:
Matthew wrote his new album All In with the goal of encouraging himself and others to get up off the sidelines of their faith and really live it out – to go all in in your time with God, all in with your family, all in with your community, and all in battling your fears that may hold you back from becoming who God made you to be. Along that same theme, Matthew will be launching a 6-week All in Challenge on his social media starting 9/18, and each week Matthew will be challenging his fans to go all in in a different part of their lives. What does it look like when a heart that knows Jesus takes a step and holds nothing back? How can we go All In in the places that mean the most?


Head over to these websites to check it out for yourself, then follow the link to buy this wonderful album for yourself.

“Disclosure (in accordance with the FTC’s 16 CFR, Part 255:  “Guides Concerning the Use of Endorsements and Testimonials in Advertising”):   I did receive a sample of the product in exchange for this review and post.