With dh out of the house all afternoon, the girls decided to play Twister! 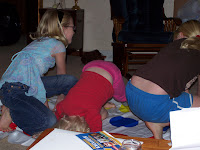 I love this game! It is so much fun to watch. As you can see, dd4 is not on the correct colors! She would be in this position for a while and then she would do a forward roll and say, "I'm out, I falled down!" 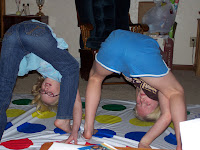 This was the only way I saw their faces throughout the games! 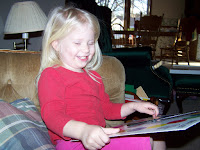 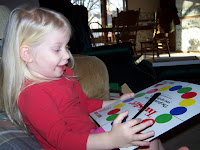 Dd4 was trying to call out the commands and she ended up saying, "Left foot" and then the color every time! When she got the color wrong she would say, "Or whatever it's called."


We were laughing so hard! When the older girls were too slow in following her commands, she would go over and show them what color she was talking about!