As I sat reading my book, I noticed movement out of the corner of my eye.  I tried to brush it off as lint or dust or possibly even my hair moving in my peripheral vision.  Still, I quieted my breathing and pretended to read again.

A moment later, I saw the movement again.  I quickly turned my head toward the movement and saw one of my worst enemies...a spider.

It was racing its way along a ridge and I do mean racing.  It could have taken on a cheetah and probably won.  I tried not to move, employing my cat-like reflexes, and sat as still as a statue.  Well, maybe a statue that is trembling, but as still as I could be.  I inhaled slowly so as not to draw its attention but the page on my book crinkled and I knew that I was made.

The spi enemy turned, seriously it did, and looked at me.  It came to such a sudden stop that my eyes followed along the trail that it should have gone and I had to back up to find it.  It sat there only three feet away from me and just stared at me.  For what felt like an eternity, I waited.

Slowly, it crawled down off the ledge watching me all the while.  It landed on the carpet and it paused to look up.  I wasn't moving, I was an easy target.  I couldn't have moved even if I had tried.  It moved ever so slowly, measuring me and weighing its odds against me.  A few more inches and it paused again.  This was torture!  Why couldn't it just pounce on me and get it over with?

I gasped at how close it was getting and it paused again.  I was desperate to stop its attack and looked around for something with which to defend myself.  Instantly I remembered the book in my hand.  I drew my hand back to throw it and hesitated.  If, by some miracle, I hit the enemy I could never touch my book again.  And I had to finish it, it's the second in a series of four!  (Liz Curtis Higgs Fair is the Rose!)  I thought better of it and frantically looked around for something else.

My eyes landed on another object that was begging for me to use it in my rescue; Steven's book!  It was a hardback and just heavy enough for the spid enemy to not lift off itself.  I slowly moved to pick up his book and noticed that when I moved, the sp enemy stopped and stared.  I knew then that I would only get one shot at this.  I had better make it good.

I picked up his book and carefully tossed it on top of the spide enemy.  Whew!  It was covered up and with any luck the weight of the book crushed it.

I sat there for a few more minutes trying to read but I couldn't take my eyes off of that book.  I expected that at any moment, it would come crawling up and over the side of that book and just stare at me.  I couldn't stand it any longer.  I prayed a quick prayer for courage and kicked the book away with my toe.

The scream that escaped my mouth was most assuredly a little girl scream but at least I kept it somewhat quiet.  When the book moved, the spider  enemy leaped from underneath it, did a 180* and started coming for me.  I panicked.  I only had so far that I could climb before I ran out of room, I had to be brave.

I picked up the book, Steven's not mine, and pushed the corner of it down onto the enemy.  After a full 30 sec. (I know because I counted) I moved the book to survey the damage and screamed again.  It was not dead.  In fact, it was still moving two of its legs and it was dragging its body with those two legs.  Where was it headed?  Yup, right for me.

With my next scream, the dog came in and planted her foot right on top of the killer mutant stalker.  Hopefully it doesn't have any friends in the area. 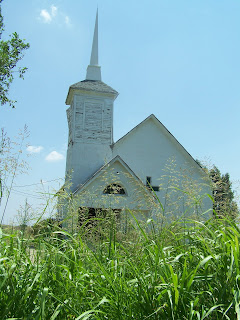 so that you can pray, along with me, that God would smite any more spiders stalkers with fire from heaven before they can stalk me again. 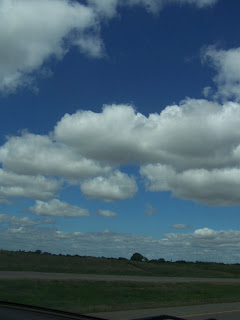 so you can see my happy place and know where to find me when you see that glazed look in my eyes and I am mumbling something about its staring at me.

Bahahahaha!!! Too funny, and I LOVE that you used Steven's book and not your own!