He said this was not an option...

Steven has said for several years now that he did not want two dogs in the house. Beth has wanted one for quite some time now but the answer was a firm No.

She saved her money and he reluctantly said Yes! I couldn't believe it. But he did so she started looking right away. I thought she was looking for a puppy around a year old or just a smidge older but, no. She went looking for a true puppy.

She found one that was THREE HOURS AWAY. Ugh Leave it to my kid to find the cutest stinkin' puppy that we fell in love with on sight. Sigh She applied to adopt him and was approved then we found out he was in a cast because his leg had been broken. He was not even three months old yet. But she persevered through this No-kill shelter and waited for him to be available. 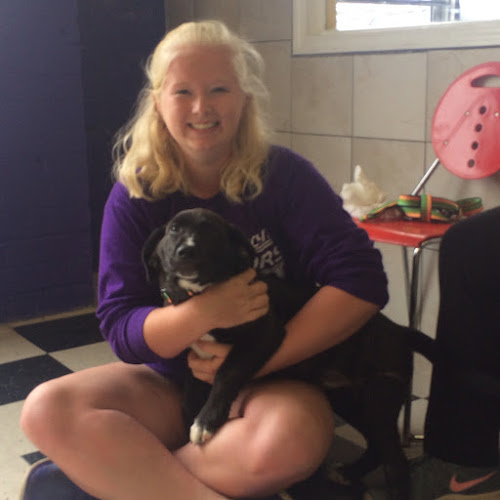 Of course, he became available immediately on one of our busiest weekends for soccer! We drove up there way to stinkin' early Friday morning and waited for the shelter to open. To say that I wasn't impressed with the shelter woud be kind. They were aloof and ignored us completely. The foster for Beth's pup was very nice but she left and told us the other people would be right with us. We were on a HUGE time crunch and they had promised we would be out on time.

We were 30 minutes late getting out of there. And we were only 30 minutes late because I went to the desk and told them we had to leave. They were all like well your paperwork is being processed so you have to wait, and then someone looks at the counter and says , Oh here it is. What? How long had it been sitting there? Whatever, just get us out of here.

We signed the papers and took off. Bismark-their name for him that Beth quickly changed to Beau-was a doll. He stole our hearts instantly. There were red flags but we didn't pick up on them in the shelter. He cried when we tried picking him up and we assumed it was from his leg injury. We were so wrong.

We got him home and immediately took off to the soccer game. When we got home we played with him, oohing and aahing over his cuteness. Saturday there were more soccer games. Sunday we had church and then a family event all afternoon. We didn't want to leave him alone all that time, so Beth's friend came for the afteroon to take care of Beau and Maggie.

That was the last time things were normal.

That night Beau stopped drinking and eating. He stopped playing. He just layed there looking sad. Monday morning he refused to get up at all. We took him to the vet. They agreed that something was off and that his stomach was tender and distended.

When they left the room to get him some medicine we noticed something hanging from his...'hind end.' It was a tape worm. A fully grown tape worm. That should not have been there if the shelter had de-wormed him like they should have. Whatever. The vet gave him another shot for the worms and sent us on our way.

Beau still was not acting right. He wouldn't really drink anything and he definitely wouldn't eat anything. We took a medicine dropper and forced water in him.

On Wednesday he was no better and probably a little worse. We took him back in and they thought maybe a foreign object was in there so they did x-rays. The x-rays came back as a possible foreign object but then the raidiologist said no. So, they wanted to keep him because he had lost FOUR pounds in as many days and to do more tests.

They found tape worms, hook worms, round worms, giardia, and parvo. I am not even kidding. This poor guy had been sick for a very long time in his short life and no one had done anything about it. They told us his prognosis was not good. If he had just one or two of those things, he might make it; but all of them and parvo is basically a death sentence.

Beth was devasted. We all were. We were faced with the awful choice of putting him down or treating him to the tune of way too much money. There wasn't much of a choice, if he could be saved we had to try. He was only 3 months old, he needed a chance to live.

Days passed and the news was only bad, he wouldn't eat or drink anything. He was still in danger. He could still die.

Steven called the shelter and told them in his scary, quiet voice what was going on and how they were going to deal with it. They were responsible for this sick puppy.

Friday they had to put the cone of shame on him because he chewed through is i.v. line! He was feeling slightly better but was not out of the woods.

Saturday the vet called and relayed some good news, small as it was. Beau ate a little and was acting more peppy. The vet was cautiously optiomistic and would let us know the next day if he was still on the upswing.

We didn't get any word on Sunday until late in the day. The vet called and said that he was doing very well and could possibly come home the next day! We had to wait for his check-up on Monday morning but he was optomistic that Beth would get her baby back the next day.

Monday cam and she did indeed get him back that afternoon! He as so skinny and sad looking but he was home. He had special food to eat and we had to pick up his poop and use bleach water to disinfect the area for a week after, but he was home. 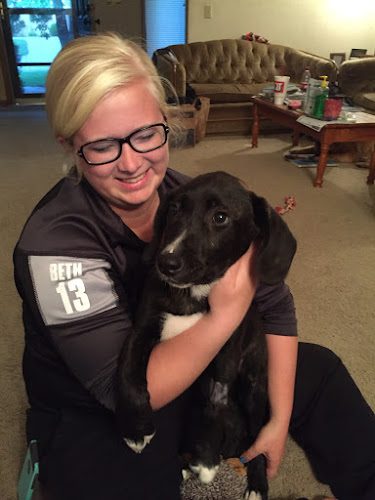 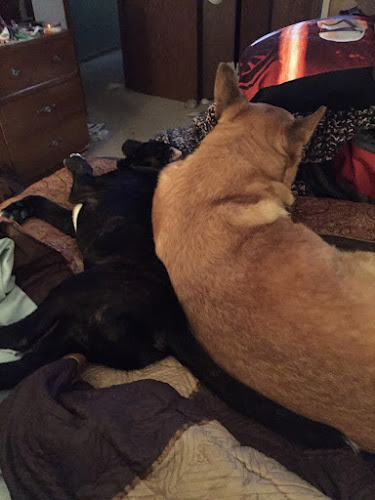 He started perking up and playing and acting like a normal puppy...finally. He and Maggie started wrestling and Beau got into a good sleep schedule.

Then, he started acting like a normal 3 month old puppy-trouble! He is just like a trouble aiming to be naughty. It is a full time job keeping track of him. 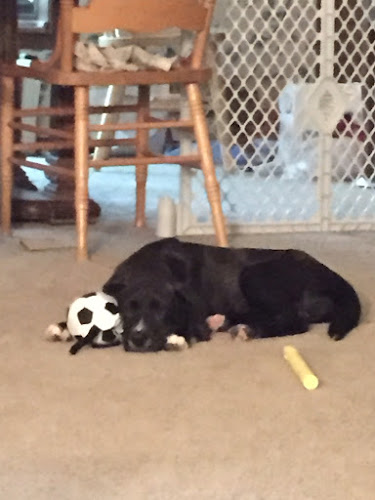 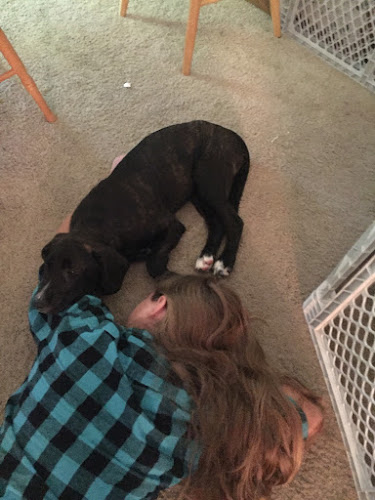 He is a hand full.

He is completely adorable. No seriously, he is so cute it hurts! His head is crazy soft and he gives the best hugs. If you hold him, he leans into you and hugs you. He is pretty great.

Now, we just have to pay off his medical bills... 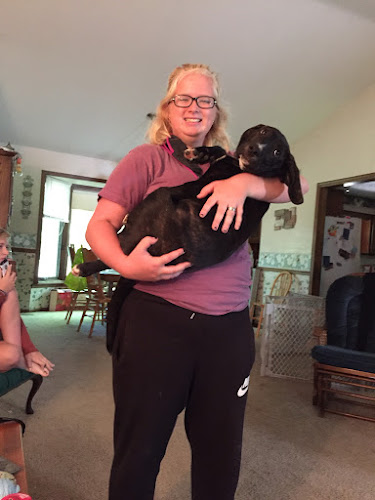